Congratulations to our 2017 Worlds competitors Ty, Kirk & Fabio. We are all very proud of the hard work that these athletes have put into their training to reach this level.

Kirk won his first round match by 20 points before grinding out a hard fought victory in his second match. Kirk lost a razor close decision in the third round to an AOJ opponent. Excellent performance by Kirkinho.

Fabio won his first round match by submission. During his second round match, Fabio had a submission on the out of bounds marker and was restarted in the center incorrectly. Fabio has had 100% success with that submission and it was unlikely that his opponent would have escaped. This ended up costing Fabio the match.

Ty had one of the toughest brackets in the tournament, including Thalison Soares in his second round match. Ty quickly passed his opponents guard in round one, but the Brazilian competitor regained and shortly after managed to get Ty's back. Ty had all but escaped his position as they neared the out of bounds, but another incorrect reset to center of the mat cost Ty the match. Very frustrating end to his day. (porra)

Great performances by our athletes at the Worlds most prestigious event. Excellent job!

**Match videos will be posted in the Foundry student only group 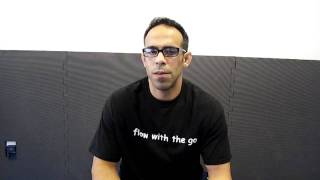 Jiu Jitsu is priceless. ...at any price.

Are evenings tough for your schedule?